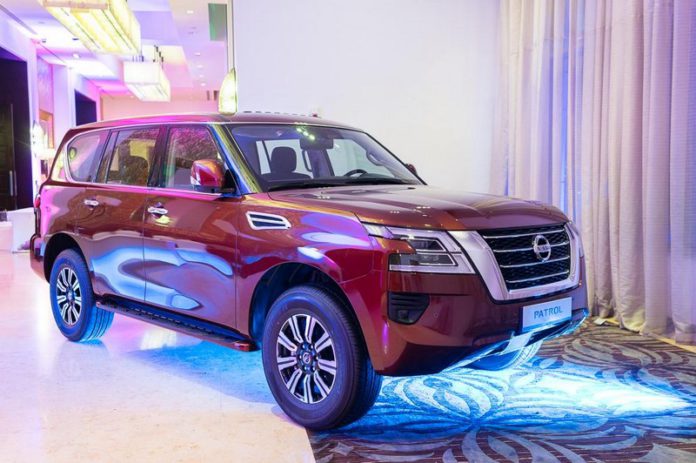 The new Nissan Patrol SUV, which comes in two variants, the 5.6L V8 and the 4.0L V6, becomes the latest edition of the Japanese automobile’s longest-standing flagship model.

Speaking during the launch at Kempinski Hotel Gold Coast City in Accra, the Managing Director of Japan Motors, Salem Kalmoni, said the vehicle is engineered to suit the world’s most demanding driving conditions to give its drivers and passengers a luxurious experience.

He said Nissan’s decision to provide options in the Patrol lineup with the introduction of the smaller 4.L V6 engine variant is to widen its range to meet demands of customers in different markets.

“The Patrol is one of Nissan’s longest-standing and most cherished models with a long and proud heritage,” he added.

Mr Kalmoni hinted that Nissan will make a major announcement on November 18, 2020, regarding its intention to set up a local assembly plant following a memorandum of understanding (MOU) signed between Nissan Motor Co. Ltd. (NML) and the Government of Ghana in 2019.

Mr. Ghorayeb said the Ghanaian company remains one of the most awarded dealers and most reliable partners in the African market and as such the market should continuously trust Japan Motors for the quality Nissan.

The Japanese Ambassador to Ghana, Tsutomu Himeno whose speech was read on his behalf by Mr. Oyama Hiromoto, Counsellor and Deputy Chief of Mission, called on Ghanaians to trust Japanese brand of vehicles for quality and reliability.

He was optimistic the Ghanaian economy will continue to reap a lot of benefits in terms of investment through the friendly relationship that exists between the government of Ghana and Japan.

With emphasis on performance and luxury, the new Nissan Patrol SUV is equipped with 298 kW of power, 560Nm of torque, the strongest engines in the segment and the latest in technology to enable driving in all terrains.

It features a striking new design, enhanced luxury features and the latest advanced Nissan Intelligent Mobility technologies. At the same time, the most desirable Patrol yet retains its exceptional on-and-off-road ‘Conquer Everywhere’ capabilities and class-leading power.